1930s the worlds first airports. With comprehensive illustration by international

the relationship between airports and aviation and art deco.

These first Airports were not only concerned with commercial air transport

but were an important social venue. Millions of spectators flocked to airports each year and helped define aviation`s

`Gloden Age`. The Architects of these airports celebrated the achievement of flight in designs that were regional as well as mordern

demolishment or replacement. Art Deco Airports recreates this period with detailed and

atmospheric depictions of the buildings, aircraft and fashion to create

a beautifil and essential aviation book.

With profiles on 33 different airports in Great Britain, Europe and the United States

on an exctic lost world. 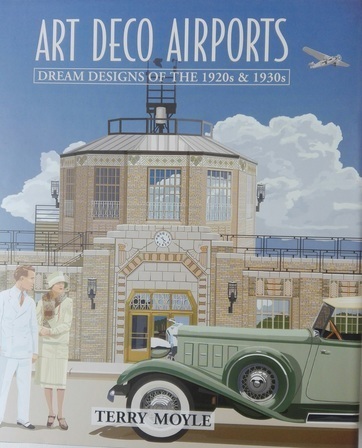