World War. Characterised by its stubby appearance the Wildcat had been developed from Gumman`s

on Pearl Harbor. By the time of the crucial battles for midway and Guadalcanal the F4F-4 model had become the most 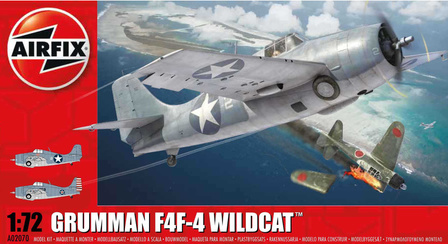