Despite being the most advanced aircraft of WW11, Aldof Hitler insisted that the

Me262 be developed into a fast attack bomber, diverting valuable resources from

much needed fighter production. Know as the `stormbird` the attack version

included hard points for two 500kg bombs under the nose of the aircraft, with its

supplied unassembled and unpainted. Hobby tools, glue & paints are not needed to complete

these items can be purchased from our online store 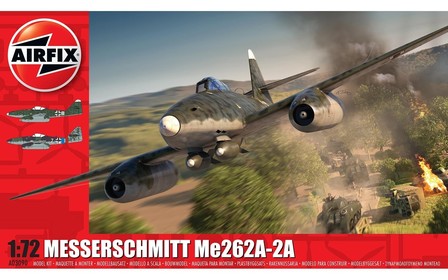