The Women who flew for Hitler

Set against a changing bakdrop of the golden age if aviation, the 1936 Olympics, the Eastern Front, the Berlin Air Club and Hitler's bunker, The Womene Who Flew for Hitler is the extraordinary story of Hanna Reitsch and Melitta von Stauffenberg.  Talented , courageous, ambitious and unconventional, they not only made their names as aviators in the male dominated field of flight, but also became pioneering test pilots.  Both were awarded the Iron Cross for service to the Third Reich.  Yet they ended their lives on opposite sides of history.

Hanna was middle-class and an ardent supporter of the Fuhrer, while Melitta was aristocratic, scholarly and part-jewish.  While Hanna tried to save Hitler's life, begging him to let her fly him to safety in April 1945, Melitta covertly supported the most famous attempt to assassinate him - the July 1944 bomb plot.

A fascinating insight into Nazi Germany and its attitudes to women, class and race, Clare Mulley's compelling biography has all the excitment and colour of the best fiction. 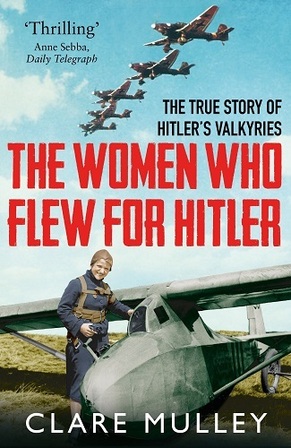 >Home >Gift Shop >The Women who flew for Hitler