World War. Characterised by its stubby appearance the Wildcat had been developed from Grumman`s successful range of pre-war biplanes and had entered service with the US Navy a year prior to Japanese attack on Pearl Harbor. By the time of the crucial battles for Midway and Guadalcanal the F4F-4 modal had become the most numerous variant and new  tactics enabled American naval and marine piolts to gain the upper hand on the previously all-conquering Mitsubishi Zero. 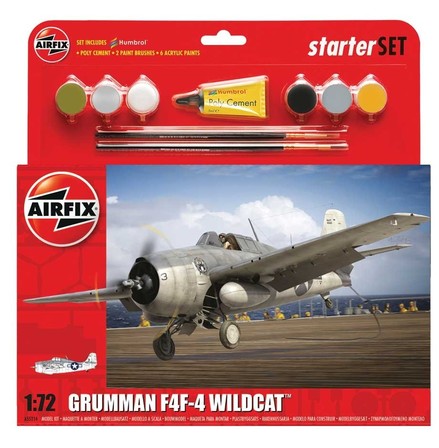