intended as a dogfighter, however its excepitional agility would allow this aircraft

proved to be something of a sobering experience for the US Air Force, as some of their

most modern aircraft would fall victim to the guns of the MIG-17. An extremely

. supplied unassembled and unpainted. Hobby tools, glue and paints are needed to complete

these items can be brought from our websight 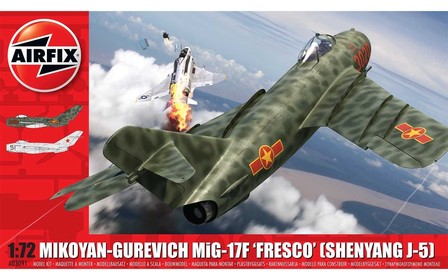