The first aircraft type designed and built by de Havilland Canada, the Chipmunk took to the skies in May 1946 and almost immediately gained interest from the military.  By April 1948, the Royal Canadian Air Force had taken delivery of their first Chipmunk, but they were not the only ones admiring the qualities of this aeroplane.  The majority of the 1283 de Havilland Chipmunks would be manufactured under licence in the UK, in factories at Hatfield and Chester, with around 725 of these going on to see service with the Royal Air Force as the direct replacement for the venerable old Tiger Moth.  In RAF service, the British built machines were known as the de Havilland Chipmunk Mk.10 and they would go on to provide basic flight training support for many thousands of future military aviators. 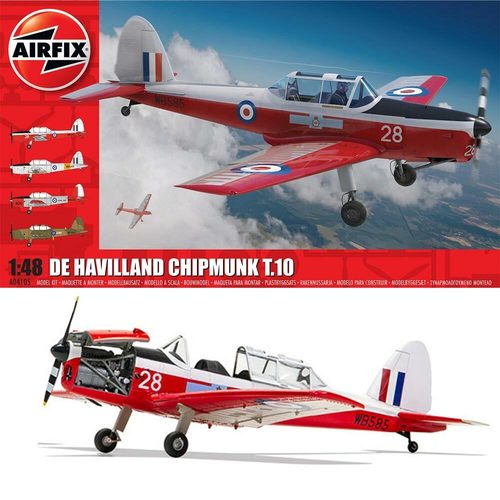